Written and directed by

Charles Ferguson is a filmmaker and writer. He is the founder and president of Representational Pictures, and the director and producer of Inside Job, winner of the 2011 Academy Award for Best Documentary Feature, and of No End in Site: The American Occupation of Iraq, which was an Academy Award nominee as well. His latest film, Time to Choose, is the first comprehensive examination of how to address climate change and the bigger challenge of global sustainability. Ferguson was originally trained as a political scientist and holds a B.A. in mathematics from University of California, Berkeley, and a Ph.D. in political science from MIT. He has also been a consultant to the White House, the Office of the U.S. Trade Representative, the Department of Defense, and several U.S. and European high technology firms.

In 1994, Ferguson founded Vermeer Technologies which he sold in early 1996 to Microsoft, which integrated FrontPage into Microsoft Office. After selling Vermeer, Ferguson turned to research, writing and filmmaking. He is the author of five books, including High Stakes, No Prisoners: A Winner's Tale of Greed and Glory in the Internet Wars. Ferguson's most recent book is Predator Nation, focuses on the roots of the financial crisis and economic inequality, and was published by Random House/Crown in May 2012. He has written for The Huffington Post, The Guardian, The New York Times, and other publications. Ferguson spent several years as a Senior Fellow at the Brookings Institution, and is a life member of the Council on Foreign Relations and a director of the French-American Foundation.

Audrey Marrs is a film producer who has produced three documentary films that were directed by Charles Ferguson: “No End In Sight” (2007), an Academy Award-nominated film about the American occupation of Iraq; “Inside Job” (2010) a film about the global economic crisis of 2008 for which she and Mr. Ferguson won an Academy Award; and “Time To Choose” (2016), a film about climate change and its solutions. She received her Bachelor of Arts degree from the Evergreen State College in Olympia, Washington, and her Master of Arts degree in Curatorial Practice from California College of the Arts in San Francisco, California. Ms. Marrs lives with her husband and two daughters in Los Angeles, CA. 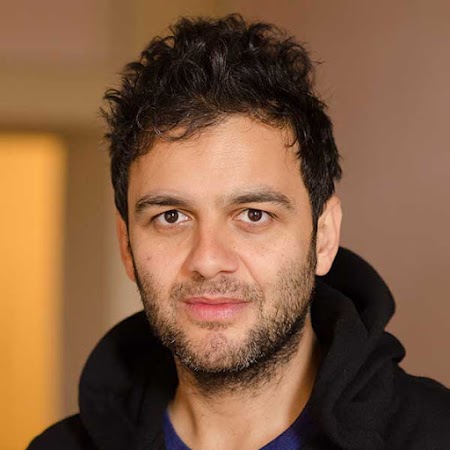 Co-written and Edited by

Chad Beck is an award-winning documentary editor and writer based in New York City. Chad edited and co-wrote the Charles Ferguson's Oscar-winning Inside Job, and also edited Ferguson's Academy Award-nominated No End in Sight. He has worked on numerous other non-fiction projects including Comedy Central's Emmy-nominated South Park: Six Days to Air and Andrew Rossi's Page One: Inside the New York Times, for which he received an Emmy nomination for Best Documentary Editing.

Tom Dinwoodie is Executive Producer of TIME TO CHOOSE, a film on Climate Change and its Solutions by Charles Ferguson. He is a serial entrepreneur with over 40 years experience with climate solutions technologies. He is a co-founder of SunPower Corporation, where he served as CEO, then CTO of SunPower Corporation Systems. He is former Chair of the Rocky Mountain Institute, and has served on the boards of Etrion Corporation, Keystone Tower Systems, Fenix Int’l, and Solar Mosaic, Inc., as well as the Sierra Club's Climate Cabinet and Scientific Advisory Panel. Dinwoodie holds numerous patents on PV and related products. He holds a B.S. in Environmental Engineering from Cornell University, an M.S. from the Department of Mechanical Engineering at MIT, and an M.A. in Architecture from the University of California at Berkeley.

Jeff Horowitz is an environmental activist and a television and movie producer specializing in stories about climate change. He serves as a Co-Executive Producer for the Emmy Award winning docu-series, “Years of Living Dangerously” focused primarily on deforestation stories, (with Season 2 to be aired on National Geographic TV late Fall, 2016).

Jeff independently produced “Stop the Burning”, narrated by Dr. Jane Goodall. This environmental film short debuted in Paris at the December 2015 global climate summit and was featured at key climate change events during the conference. The film focuses on the horrifying realities of the out of control practice of “slash and burn agriculture.”

Horowitz has collaborated on television projects for the U.S. based “PBS NewsHour,” the Weather Channel, and Germany’s ZDF Television. He has been a contributor and official blogger for the Huffington Post, The Guardian, Mongabay (a major internet environmental journal), and other print and on-line outlets.

Over the past eight years, Jeff has served as a speaker and moderator at major international climate change and conservation conferences.

Prior to his television and filmmaking projects, Jeff was the founder of Avoided Deforestation Partners (www.adpartners.org), a global nonprofit network of prominent individuals dedicated to advancing U.S. and international climate policies, with particular focus on ending deforestation. Most recently, AD Partners has become internationally recognized for facilitating partnerships between major corporations and governments to produce agricultural commodity supply chains that are deforestation-free.

Diana Meservey is a planner and designer. She was an early promoter of visual media in the planning/ public review process.She served as co-Director of the APA-sponsored Bay Area Planning and Design, Symposium & VideoFest (1991) and wrote and produced a documentary on wind energy development in the Northeast. As a land use/ environmental planner, she drafted regional and environmental policy for general plans/EIR’s, and led coastal access and community design efforts for leading Bay Area firms. She was Coordinator of Massachusetts’ One Percent for Art Program, integrating public art into State building projects, and assisted Fort Point Planning, Boston to draft a mixed-use rehab plan of artist-occupied warehouses. She later focused on communications as Art Director/Designer for renewable energy enterprises and non-profits. Recent film credits include Associate Producer for Josh Fox’s latest film on climate change, “How To Let Go…” (2016). She holds an A.B. in Economics and Fine Arts with honors from Smith College, was a portfolio scholarship competition winner in the Fine Arts program, Art Institute of Boston, and received a Master of Regional Planning degree from Cornell University.

Oscar Isaac is one of the great young actors of today. He gained critical acclaim, a Golden Globe nomination, and an Independent Spirit Award for “Best Male Lead” for his portrayal of the title character in the Coen Brothers’ film Inside Llewyn Davis. After receiving rave reviews for his starring role opposite Catherine Keener in the HBO miniseries “Show Me A Hero,” Isaac went on to receive a Golden Globe Award for “Best Actor in a Miniseries or Television Film” and a Critics’ Choice Television Award nomination for “Best Actor in a Movie or Miniseries

Most recently, Isaac starred as the Resistance pilot, Poe Dameron, in the highly awaited Star Wars: The Force Awakens, the seventh installment in the main Star Wars film series. Isaac is set to make his reprise as Poe Dameron in Star Wars: Episode VIII due for release in 2017. He will next be seen as the villain in the highly anticipated 20th Century Fox’s X-Men: Apocalypse due for release on May 27, 2016. He recently completed filming on The Promise with Christian Bale in Spain.